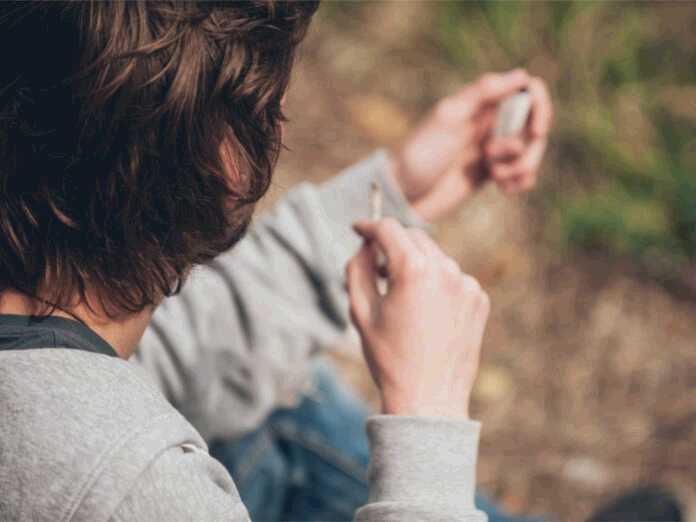 Marijuana is the most commonly used illegal drug in the United States. What’s more, the majority of its users are young people aged 18 to 25. Some of them use it as a mood booster, while some use it as a way to relieve pain. But what about the effects of weed on your sexual health? Does smoking weed lead to erectile dysfunction?

The answer to this question is yes. Although it doesn’t have to cause this problem, smoking weed puts you at a higher risk of developing it.

The Effects of Cannabis

Weed is similar in many ways to cigarettes, and as you know, cigarettes are known to contribute to erectile dysfunction. They both contain harmful chemicals that disrupt your blood flow and jeopardize the health of your body.

But how exactly does smoking weed lead to erectile dysfunction? Marijuana is loaded with a cannabinoids, and the penile tissue has built-in cannabinoid receptors. The interaction between both have the potential to impair penile function. Furthermore, the numbing effect weed has on your whole body can lead some men with no little or no desire for sex.

Another important effect of smoking weed is the increased production of dopamine. This hormone stimulates your mood and your emotions. While moderate amounts of dopamine are good for you, its excess can reflect negatively on your sex life.

If you smoke weed often, your brain will get used to the surplus of dopamine. But here’s the thing: your body can’t produce that much of it on its own. That’s why natural stimuli might not be enough to get you excited. As such, achieving an erection with your basal dopamine levels may prove very difficult.

So, does smoking weed lead to erectile dysfunction? Based on your body’s reaction to cannabis, the answer is yes. Some men may experience this unwanted side effect of smoking weed. Luckily, this is only temporary. To prevent them from occurring, don’t smoke weed unless it’s prescribed. Moreover, don’t do it before you go to bed, as getting an erection will be almost impossible.